10 WAYS TO TELL IF A GUY IS SINGLE 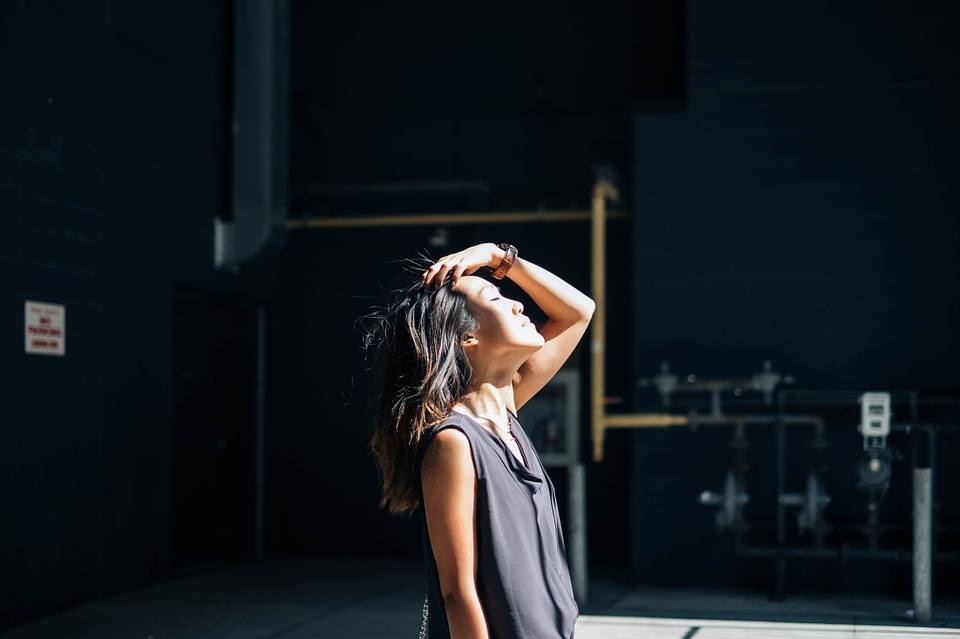 So you’ve been crushing on this supposedly single guy you met through an online dating app but you’re not sure if he’s exactly”single and ready to mingle”.

Well, let’s be honest… with the ease of meeting new people via online dating apps, cheating inevitably has become easier too.

You can turn on dating apps at any time and start checking out different profiles, assuming that a guy is single (a huge dealbreaker if they’re not) and ready to mingle if he’s using online dating apps, right? Right… NOT.

Just happened to me last week: 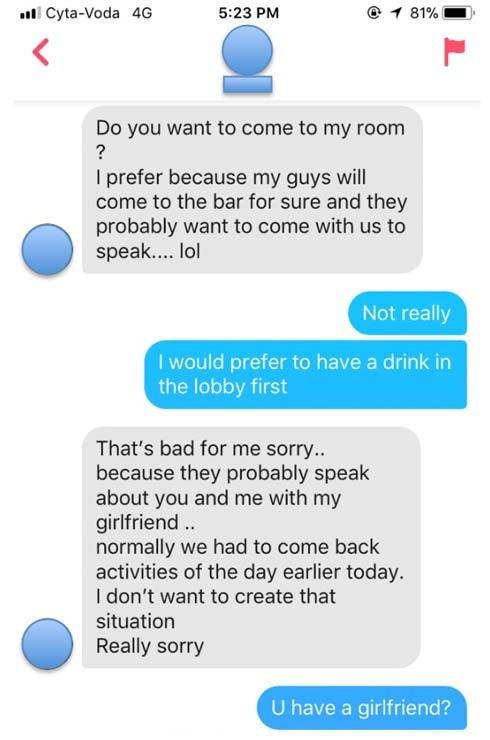 Yeah… guys on business trips, it’s almost as if they feel that they’ve received a jail free card to cheat (I’m generalizing here, I know, but there is a sliver of truth that business travel does make it easier for cheaters out there to do what they do best, cheat.) So yes, I left that situation REAL quick! And if you want to read more about fuckboy situations, click here.

Anyways, let’s just say the majority of guys who use online dating apps are single, but how can you tell for sure that a guy is single?!

For starters, you can directly ask him. “Hey are you single?” (…which I should start doing earlier on to avoid the above picture from happening again.)

Why can’t you find him online, especially with your

Ok, so he tells you he’s a single guy. You guys continue chatting and decide to go on a few dates. So you are totally vibing, you have a ton in common and you’re looking forward to seeing where things go.

Then, there are some things that just make you say “hmmm…”

Why can’t you find him online, especially with your super-stellar-Google-stalking-skills (I mean, who doesn’t have Facebook or Instagram these days)? What’s the reason for always heading back to your place and not his? Why is he never available on weekends?

He might just be a private person who doesn’t believe in maintaining social media accounts, or maybe he never has time to clean his place so he’s afraid to invite you over for fear of judgement, or maybe he just happens to always hang out with his buddies every weekend.

All the time though?! Listen, maybe he’s just not as single as he says he is.

Here are 10 signs that he may not be 100% honest in claiming singlehood:

He is only available on the weekdays

Interestingly, he’s only free Mon-Thurs and is M.I.A. Fri-Sun. This is not only to hangout either. If you try to contact him Fri-Sun, he doesn’t get back to you until Monday saying he had another super busy weekend because of X, Y, Z.

He is MIA on social media

He’s clever and knows it’s so easy these days to search online and Google stalk. So, he chooses to be on no social media to prevent you from finding pics of him and his girlfriend.

Why are you saved as anonymous on his phone?

He has you saved as Anonymous (or another alias) in his contacts. #shady

He is hot and cold

One minute he’s showering with you with so much attention, saying all these sweet things and spending all this time with you, but he only does this on HIS terms. See the above # What is he hiding at his apartment? Evidence that he’s in a

He never invites you over

Unless he lives at home with the parents or, I don’t know, is homeless, he always insists on coming over vs. inviting you over. What is he hiding at his apartment? Evidence that he’s in a R.E.L.A.T.I.O.N.S.H.I.P?!

He never stays the night

He always has an excuse not to stay over. Always has an early meeting or has to take his car in for maintenance, something… Or, is it because his girlfriend will wonder where he’s been?

His phone is always doing the faceplant

Why is it that whenever you guys hang out, he will have his phone out but it’s always turned face down? It’s so you don’t see all of the messages and missed calls from his girlfriend!

When he goes out of town, he falls off the face of the earth

He tells you that his trip to uh, Paris, is with the boys… since when did Paris become a boy’s trip destination?! Oh, and spoiler alert, Paris DOES HAVE INTERNET!

He has a faded tan line around his ring finger

He doesn’t tan on the part where a ring would normally sit on his ring finger, or has he conveniently slipped of his wedding band?

Just sayin’ if you DO notice that the above is happening pretty regularly, then you should consider treading with caution. He may not be so single and ready to mingle…

Yes, it is possible that he’s truly busy and not leading a double life, or that he was born with a mysterious faded tan line exactly on his ring finger. Then great, he’s single!

But who knows? He could be in an unhappy relationship, so he’s finding distractions to fill a void that’s missing in his current relationship. Do you want to be just a distraction?

Whatever the circumstances may, just be careful with your time and your heart! Find someone who truly deserves both 🙂